Rhinoplasty: What Are My Options? 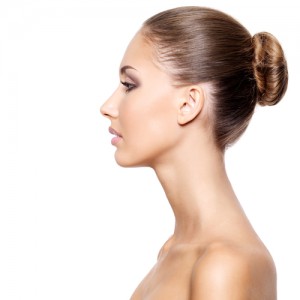 As the main focus of one’s face, the nose serves a critical role in a person’s first impression of another’s appearance. Often, people are born with a nose that is disproportionate to their other facial features or their nose has become asymmetrical due to an injury of some sort. Fortunately, the procedure of getting a nose job, also known as a “rhinoplasty,” is growing in popularity and can address issues such as these. Nose surgery can also correct impaired breathing caused by structural abnormalities. Whether you are considering rhinoplasty for cosmetic reasons or functionality, there are various options suited for each patient’s individual needs.

There are two different approaches to having a rhinoplasty depending on the locations where the incisions are made. In a closed rhinoplasty, incisions are made inside the nose, and there is no visible scarring. The procedure is done through narrow surgical openings with limited visibility. Although some doctors claim it is a simpler procedure with less swelling, there are limitations to the extent of adjustments that can be made due to the lack of surgical access. In an open rhinoplasty, an incision is made at the base of the nose across the tissue between the nostrils, called the “columella.” Adjustments and improvements are made by lifting back the skin from the lower part of the nose to visualize the tip and dorsum. Although there is minimal scarring and more swelling involved in an open procedure, the better visualization for the surgeon allows for more precise corrections. In either case, the incisions are closed postoperatively, and the nose is put in a splint to heal.

Augmentation rhinoplasty is a cosmetic procedure performed to enhance the size of specific parts of the nose. In this procedure, the addition of material may be required to augment the nose. Although nasal septal cartilage is often preferred, other sources of cartilage may be used. For example, cartilage from the ear may be a natural source to build up the nasal bridge or create a larger more defined nasal tip. An augmentation rhinoplasty allows to increase the projection of the nasal dorsum, especially on the profile view.

Reduction rhinoplasties are performed to reduce the size of the framework of the nose and effectively narrow the width of its appearance. Cartilage and bone are removed or rearranged, and the skin, which is left untouched, shrinks down to its new frame. Occasionally, small incisions will be made to make the nostrils smaller to keep the features in proportion.

A septoplasty is a corrective procedure performed to straighten the partition between the two nasal cavities called the “septum.” Deviation or deformity of the septum may impair breathing and/or prevent proper drainage. A septoplasty repairs the airway and, consequently, allows patients to breathe more freely. In addition, a septoplasty can decrease the risk of future sinus infections.

Dr. Terry Dubrow is a board-certified plastic surgeon who has helped countless men and women achieve the nose they desired. To schedule your initial consultation with Dr. Dubrow, please call (949) 515-4111 or fill out our online contact form today. Dr. Dubrow looks forward to helping you look your best this year!